Kamal Haasan's upcoming movie Vikram is hitting the screens next month. The film is carrying good expectations and there is a huge demand for the Telugu theatrical rights of the film. Several top producers and distributors have been in talks to acquire the Telugu rights of the film. In a surprise, Nithiin's home banner Sreshth Movies acquired the rights for a whopping price and they would release the film across the Telugu states.

Vikram is directed by Lokesh Kanagaraj and the film has Vijay Sethupathi, Fahadh Faasil in other important roles. Kamal Haasan's home banner Raaj Kamal Films International bankrolled this stylish action entertainer. Vikram hits the screens on June 3rd and the film will clash with Adivi Sesh's Major and Akshay Kumar's Prithviraj. Nithiin is currently busy with the shoot of Macherla Niyojakavargam and Vakkantham Vamsi's untitled film. The shoots of both these films are happening in Europe currently.

Extremely Glad to b associated with @turmericmediaTM to present the much awaited film of Ulaganayagan @ikamalhaasan sir’s #Vikram in Telugu under our @SreshthMovies banner ?

Nithiin lines up a new set of Films 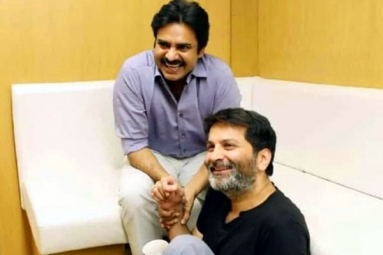